A thousand tummy tucks and counting 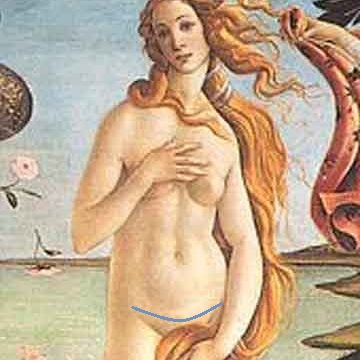 A thousand tummy tucks and counting

“The journey of a thousand miles begins with a single step.”

It’s not like I put a notch on my belt every time I do a tummy tuck, but it recently occurred to me that I have done more than a thousand. I’ll claim my share of bragging rights; it’s no small accomplishment, a testament that I must be doing it well. But if you know me, you know that I am relentless in pursuing better ways to do things, and my journey of a thousand tummy tucks is a case in point. My first tummy tuck would hardly recognize my most recent one.

Travel with me back in time to the 1990’s. The internet and cable television were the new big things, Seattle grunge dominated the music scene,

and upstart Starbucks was looking to go global. Women’s swimsuits were cut high on the hip (think Baywatch, which aired from 1989 through 2001), and tummy tuck scars had to angle upwards so as to be concealable. At about that time I started doing a technique that would later come to be called progressive tension sutures, which made a huge difference in several ways. These included shortening the time needed for drain tubes, so faster recovery.

Hip hop fashion took hold after the turn of the millennium, with low rise and low-worn pants and swimwear, even for moms coming in for tummy tucks. Scars had to be configured more low and horizontal. We began to see more aggressive contouring with liposuction, and more attention to the finer points of shaping. Toward the end of that decade, a new product called Exparel was released. I immediately saw the potential for this slow-release local anesthetic to improve tummy tuck recovery. We participated in a clinical trial documenting that pain scores and use of opioid medications could be reduced by 50% or more. Later we would be an early adopter of the TAP block, which uses ultrasound guidance for precise placement of Exparel during surgery. Patients often wake up with almost no discomfort!

I began to explore variations in tummy tucks such as the mini tummy tuck with umbilical float, and the use of mesh for reinforcement of diastasis repair in cases such as Moms of Multiples. The cookie cutter tummy tuck gave way to the custom model.

The 2010s brought accelerated change. Sites such as RealSelf.com helped patients to network with plastic surgeons and each other, enabling them to be extremely well-informed about their choices. They know exactly where they want their scars, and what shape their belly button should be. I was part of the first wave of plastic surgeons on RealSelf as well.

I’m sure there is still room for improvement in how tummy tucks are done, and I am not going to claim that I have perfected it. One could even imagine a future where surgical tummy tucks are a thing of the past, no matter how sophisticated our current techniques may be. But tummy tucks continue to be a life-changing, gratifying procedure.