Are antioxidant supplements bad for you? 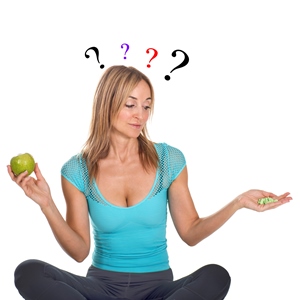 It seems almost heretical to ask whether antioxidants are a good thing or not, but more and more studies are casting serious doubt on their effectiveness. Even worse, it’s increasingly looking like they may actually do more harm than good.[1] Suspicions about antioxidant supplements have actually been simmering for years, even as their use has blossomed into a multibillion dollar global industry. One large recent review of clinical trials concluded that use of antioxidant vitamins was more likely to increase the odds of premature death than to prolong life by preventing disease. Can the truth really be so opposite? They might as well be telling us to skip the veggies and start having pudding for lunch!

I’ve been following this subject for many years. My interest grew from research on anti-aging, particularly as it relates to wine (which led to my books on wine and health.) “Oxidative stress” is one of the paradigms of accelerated aging and disease risk, and it was long believed that wine’s antioxidant polyphenols were responsible for whatever health effects could be attributed to moderate consumption of red wine. They are an impressive bunch of molecules to be sure, but we now know that their antioxidant activity may be the least important property. Same for your veggies; they’re still good for you, but not just because they are mopping up free radicals. There is a risk to overdoing antioxidants too, by creating what is called reductive stress, the opposite of oxidative stress.

Harvard geneticist David Sinclair, who knows as much as anyone on the subject of the biology of aging, wrote in his bestselling book Lifespan: Why we age and why we don’t have to that “If old habits die hard, the free radical idea is heroin.” Yes, free radicals cause all sorts of damage to our cells and mutations in our DNA, but whatever ability antioxidants have to counter this molecular mayhem does not translate into objectively measurable improvements in lifespan or disease resistance. Most experts in the know on the subject have moved on to more fruitful avenues of research. (I will be touching on these in upcoming posts.)

One area where the use of antioxidants makes sense however is skin care. Because skin is exposed to UV light, it is directly susceptible to oxidative damage. More importantly, meaningful levels of the antioxidant ingredient can be achieved because it is applied directly to the target tissue, whereas the bioavailbility of orally ingested supplements depends on how they are metabolized. Most are not present in useful amounts by the time they reach the skin (as well as internal organs). This is especially true for wine’s most famous antioxidant resveratrol. It’s a great anti-aging skin care strategy, but resveratrol probably has little to do with the French paradox.

Bottom line? From an anti-aging point of view, the science says eat healthy food and skip the vitamin pills.