Update on Breast Implant Illness: What we know now 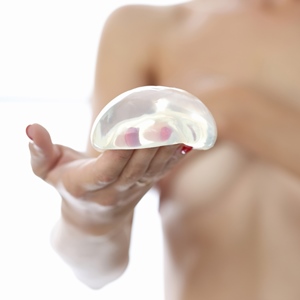 Though most women are happy with their breast implants, over the past couple of years we have been seeing more patients requesting removal. For most it is a simple decision based on preference, but some patients are motivated by a pattern of symptoms that they attribute to their implants. This has come to be known as “Breast Implant Illness” or BII. These symptoms include muscle and joint pain, fever, fatigue, “brain fog,” dry eyes and mouth, and others. Several possible causes for BII have been proposed, though evidence has been elusive and there are no diagnostic tests specific to the condition. Some question whether it is even a real disease. We’re making progress though; recent large independent studies have brought us a lot closer to understanding BII. We still don’t know exactly what it is, but we now know a lot more now about what it isn’t. BII isn’t an autoimmune disease, not related to heavy metal exposure, and not associated with silicone gel (because it can occur with saline implants.)

The most interesting finding from these studies is that most women who have symptoms that they believe are related to their breast implants experience improvement after implant removal. No one knows why, and there isn’t any way to predict who will feel better after implant removal. The good news is that it doesn’t seem to matter how they are removed. The bad news is that many are convinced to have unnecessarily radical surgery.

A common request from patients wanting their implants out for BII is capsulectomy, which is removal of the tissue layer that forms around anything implanted into the body. The assumption is that there may be something in the capsule around breast implants that contributes to or causes BII. The most radical type of capsulectomy is known as en bloc, a method derived from cancer surgery intended to ensure complete tumor removal with a margin of normal tissue. According to a recent prospective study by the American Society for Aesthetic Plastic Surgery’s independent research foundation ASERF, there is no need to do en bloc capsulectomy in most cases.

The study compared 3 groups of women: those with BII requesting removal of their implants, women with implants but no BII symptoms who were having breast surgery, and women who don’t have implants but were undergoing breast surgery such as a lift or reduction. In the first group, some had en bloc capsulectomy, some total capsulectomy, some partial capsulectomy, and some no capsule removed. All experienced a similar percentage of symptom relief. Because en bloc is a significantly riskier operation, it doesn’t make sense for most implant patients.

The study also looked at capsule tissue sampled from both the explant and revision implant surgery groups, using a variety of advanced techniques looking for evidence of biofilms, bacteria, fungi, viruses, etc. Here too there was no correlation to BII or symptom improvement after implant removal. We can scratch that hypothesis.

Ditto for heavy metals. This part of the study also included tissue from the breast surgery without implants group. Tissue levels of 16 different metals were measured using sophisticated technology, and all three groups had blood and tissue levels below the EPA recommended maximum for internal exposure.

A sensible approach to BII

So where does that leave us? For now, BII is a diagnosis of exclusion, meaning that there are a lot of common conditions that present with similar symptoms. These should be looked for and ruled out. I don’t recommend removing implants that are otherwise not causing problems until we are certain that there aren’t any other alternatives. Ultimately the decision to have implants removed is categorically the same as the choice to have them in the first place. In both situations, it is a personal choice. And both should be made on the basis of the best information available. As plastic surgeons, we will continue to study BII and provide our patients with the most objective and up-to-date evidence that we can.

See before & after cases here