Are you a breast cancer previvor?

With all the publicity surrounding Angelina Jolie’s decision to have prophylactic mastectomies because of the BRCA breast cancer gene, it should come as no surprise that a new word has appeared to describe her choice: Previvor. Why wait until you have breast cancer, goes the logic, when you can prevent it? Better to be a previvor than a survivor, or worse. Credit for the term probably goes to author Dina Roth Port for her book Previvors: Facing the Breast Cancer Gene and Making Life-Changing Decisions, which chronicles the stories of five women with the BRCA gene.

What the "previvor" concept reflects is the many changes in choices women facing breast cancer, or the risk of it, have today as compared to only a few years ago. An important one is the availability of testing for the BRCA genes, which are actually mutations in genes that produce proteins that suppress abnormal cell growth (more on that below.) But perhaps equally important is the options available for breast reconstruction. With skin-sparing mastectomy, the use of an internal bra made from a cellular dermal matrix (such as Alloderm), and shaped implants, the entire procedure can often be done in one step with a short hospital stay. Aesthetic results are very good, often an improvement aesthetically. Trade-offs include the fact that even with nipple-sparing technique there will be loss of sensation, and although the risk is tremendously reduced it is not zero.

Although some of the issues here apply also to a precancerous type of tumor known as DCIS (ductal carcinoma in situ), the previvor movement is largely based on BRCA carriers. There are two types, BRCA1 and BRCA2, both of which code for proteins that repair damaged DNA, which in turn leads to abnormal cell growth. Mutations in the BRCA genes mean that this suppression does not occur, leading to a lifetime risk of breast cancer of 60-80% (compared to average 9% for the general population.) Of the two, BRCA1 is the worst, being associated with a particularly aggressive cancer known as “triple negative.” Risk of ovarian cancer is also higher, as is prostate cancer in men with the mutation.

Most breast cancers are not associated with BRCA however, and the decision to get tested is not always straightforward. Treatment decisions are not either, especially for women of childbearing age. My advice for women who are known to have BRCA and are wondering about options is to at least meet with a plastic surgeon who can explain the reconstructive options. 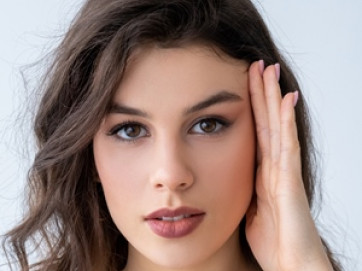